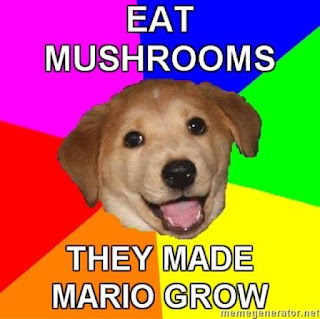 Advice animals are Internet memes that date to 2006 when the first advice dog was generated. The original advice dog, a golden retriever puppy superimposed on a color wheel accompanied by poor advice, has since grown to dozens of other advice animals, including business cat, philosoraptor, and stoner dog, which now occupy their own subreddit on the website Reddit. It's known as an image macro when a photo has been superimposed with text in a humorous fashion. Animals are among the most popular image macros on the Internet. 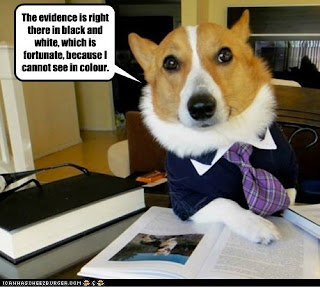 Lawyer dog is another advice animal, but moves from the original theme of an animal's face superimposed on a color wheel or other static background. With lawyer dog, the image was taken from someone's corgi dressed in a sweater and tie for Halloween, who was sitting over an open book. The image was posted to Buzzfeed in late 2011, and quickly became a popular advice animal, in which the corgi gives legal advice flavored with a dog's sensibilities. Lawyer dog often gives advice relating to cats, one of his favorite subjects, but he often appears to give legal threats, rather than advice. In this image, lawyer dog is threatening his guardian for saying the word "park" but not following up by taking him to the park. This joke plays upon the dog's honesty and faith in his person; when a person says we're going to the park, the dog expects that they are going to the park. 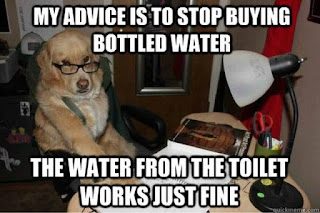 One of the newest advice animals is financial advice dog, a golden retriever wearing glasses sitting at a desk. The image of the dog first appeared on Reddit on January 10, 2013 and quickly became a meme, after being captioned. 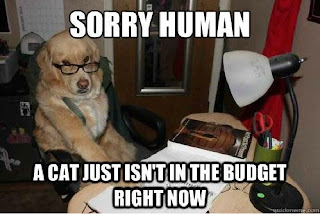 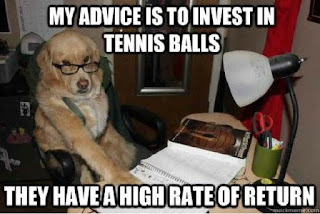 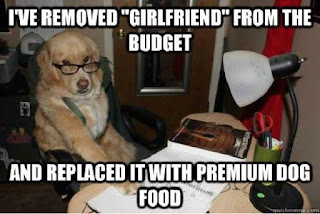 Posted by Margo DeMello at 8:17 PM