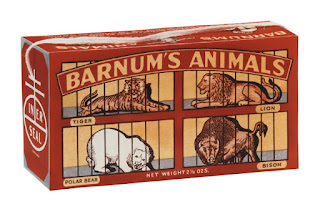 Dating back to 1902, Barnum's animal crackers have been an American classic for generations. The original boxes came with a string and cardboard wheels so that the bears, elephants, lions, and tigers painted behind bars could be carried about by children encouraged to take on the role of ringleader. The animals were often shown vicious, wild, exciting, and in need of control. The cages separating the consumer from the wild beasts within were necessary and clearly defined. 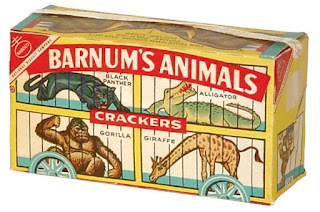 In Our Children and Other Animals (2014), Matthew Cole and Kate Stewart argue that children's toys, media, and other products are carefully constructed to capitalize on children's interest in other animals, while also teaching them speciesism and dominance. To accomplish this, the violence inherent to speciesism is presented as unexceptional or erased altogether to the effect of normalizing human supremacy.

In support of this socialization process, the "wildness" of other animals may be emphasized to teach children that violent relationships with other animals is "natural," as is human dominance. However, oppression is increasingly framed as consensual, rather than forced. This approach surfaces is in Barnum's packaging today.

Gone are the angry, caged animals requiring harsh control. Today's box features sentimental images of animal families. This is a soft control. The bars become faint and fall into the background. Children can now imagine that the animals are there of their own will, their oppression desired and mutually beneficial. This ideology of consensual, happy, and willing participation is perhaps the most powerful in support of speciesism. It is not only circus animals who are reframed in this way, but other "zoo" animals. Over 50 species have been imprisoned in Barnum's cardboard railroad cars since 1902. 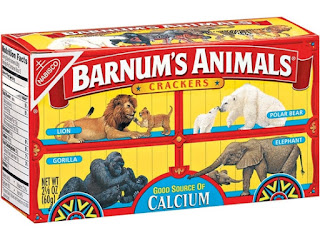 Some of the newer special editions show no bar enclosure at all. The animals are still controlled, boxed or within a snow globe, but the child is encouraged to understand this control as benevolent. 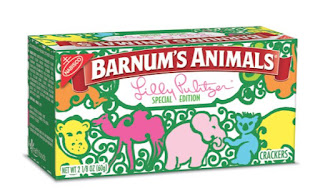 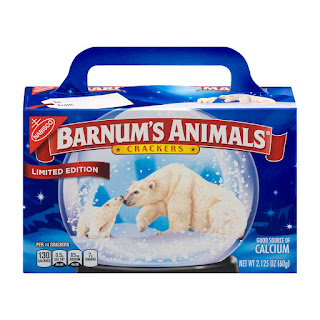 Are animal crackers vegan? While Nabisco's recipe is free of animal ingredients, Cole & Stewart's sociological analysis would suggest that consuming animal crackers is ritualistically anti-vegan, as it socializes speciesist sentiments and human supremacy in children. The work of vegan feminist Carol Adams supports this position, theorizing that Nonhuman Animals are routinely represented as willing, happy participants in order to repackage their consumption as something pleasurable, fun, and natural.

In the 1990s, Nabisco ran limited edition packaging that featured endangered species to raise awareness and funds, but even this intent to help was human-centered. Said the Nabisco product manager in a story with The New York Times:


What do people like about animal crackers? Biting off the heads! Our hope was that children will line them up, match them up with the names on the box, learn about them and then decapitate them. 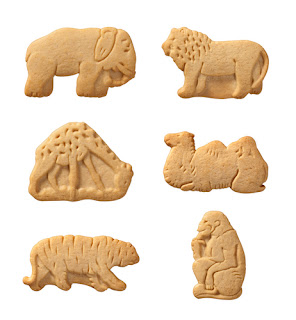 Dr. Corey Wrenn is a professor of Sociology specializing in the political structure of the Nonhuman Animal rights movement. She is founder of the Vegan Feminist Network and author of A Rational Approach to Animal Rights: Extensions in Abolitionist Theory (Palgrave 2016).
Posted by Corey Wrenn at 8:48 AM