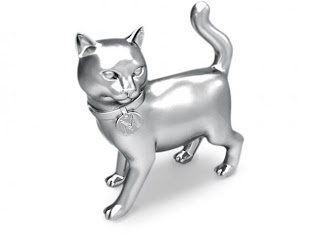 Most of us remember playing Monopoly as kids, and fighting over the best tokens (who ever wanted the thimble?).  Another terrible token? The iron. At least that's the word of Monopoly fans, who just voted to replace the iron with a cat, which will be available later in the year, and will join the Scottie dog, one of the most popular of the older tokens. Now Monopoly will pit dog lovers against cat lovers to see who is the greediest!