I have no Idea what I'm doing

A lot of the humor from animal memes on the Internet comes from putting animals into human positions--making them speak for humans, or do things that humans normally do. Sometimes that's done in a way to show that non-human animals are smarter than we give them credit for. But sometimes it's done to mock them, and to make them look stupid. That's the case with the "I have no idea what I'm doing" meme.

The first meme of this kind emerged in 2011 and was a macro of a golden retriever shown next to a camera, ostensibly photographing a wedding. The caption simply says "I have no idea what I'm doing."

Most "I have no idea" images are of dogs, but can be of other animals as well. 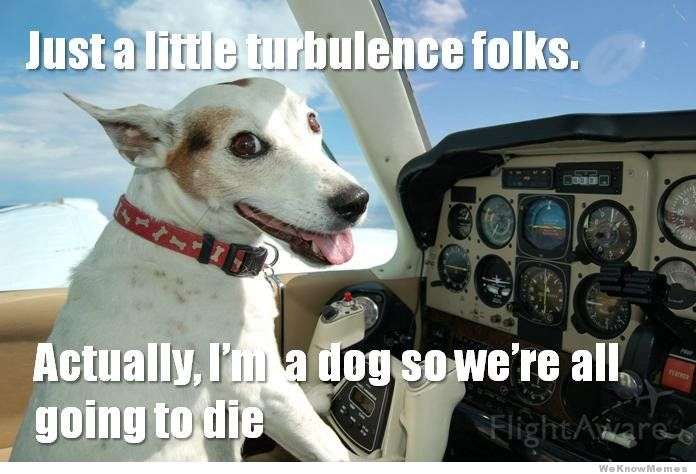 This one on the left doesn't use the same phrasing but the general idea is the same: this dog does not know what he's doing!

And finally, if the point of these images is to make fun of the subject, because there is no way that a dog can understand how to operate a camera, an airplane or a helicopter, it shouldn't surprise us that this meme has been expanded to focus on women as well, as this next image demonstrates. Notice that in this image, "lol" is used to make the speaker not just stupid but especially feminine.
Posted by Margo DeMello at 11:29 AM