We all know by now that the Internet is run by cats. But the social media accounts of Islamist fighters in the Middle East? 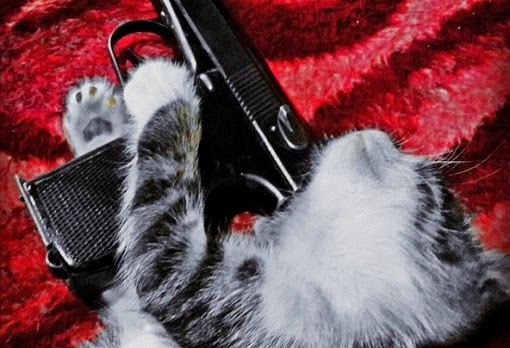 Apparently, some ISIS fighters have been posting these provocative images of cats posed with guns and other weapons recently on their Twitter and Instagram accounts, accompanied by the hashtag #CatsOfJihad.

While these strangely cute photos may be useful as a recruiting tool to incite more young people to join the Jihadist movement, and may even be moving Westerners to join, there is something ironic about using images of soft and cuddly animals posed with deadly weapons to advertise war.

We all know how deadly war is to humans. But many people don't stop to think about how deadly it is to non-human animals. Both domesticated and wild animals are dragged into, harmed by, and killed by wars. Dogs, horses, cattle, bees, pigeons, elephants, dolphins, and countless other animals have been used as military service animals for thousands of years, and there is no way to know how many have been "sacrificed" in all of the wars in which they have "served."

And then as "civilians," they have suffered just as civilian humans have from bombing and fighting in their lands and homes, as well as from the needs of both the soldiers and refugees who often feed on them. Not only that, but they are affected by wars for years afterwards, thanks to the environmental consequences of chemical weapons, burning of fuels, dumping of ammunition, testing of bombs, and radioactivity. 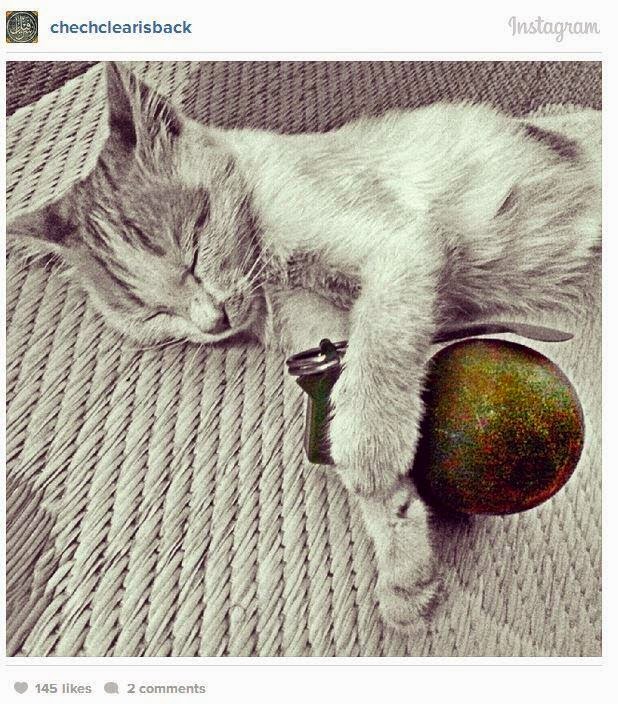 War means death--death to humans, and death to animals. And no amount of squee photos of kittens hugging grenades will change that sad fact.